A Novel by Jody Ferguson

From writer Jody Ferguson, a debut novel. Above the Water follows the lives of two young lovers —

separated by war — endeavoring to survive and find one another again.  They are confronted daily by harrowing situations and appalling choices, but they find the will to carry on, no matter the situation or the consequences. Set in Shanghai, in Texas, and the vast Pacific Theater of War, it’s a story of love, family, moral ambiguity, and perseverance.

Jody Ferguson has authored dozens of articles, chapters, and books from his time as an academic and as an international affairs expert. He has been published in various periodicals, including The Wall Street Journal and The International Herald Tribune. He was awarded the Department of Defense Medal for Exceptional Public Service for his work in the Pentagon and was a Fulbright Fellow in Moscow.

Recently, Jody left his career as a defense contractor in order to write fiction. He has lived in East Asia, Europe, and Russia, and he speaks French, Japanese, and Russian. His first novel, Above the Water, is historical fiction and takes place in the Far East.

Orphaned as a boy and raised by an uncle he barely cared to know, Harry Dietrichson leaves his surrogate family as quickly as possible to become a foreign correspondent. He is sent to Shanghai on the eve of the Second World War. In Cosmopolitan Shanghai — the Paris of the East — British, French, and other Western expatriates continue leading opulent lives seemingly oblivious to the world crumbling around them; but it is only a matter of time before Shanghai will be enmeshed in the war. On assignment Harry meets and falls in love with a young woman named Viktoria who comes from a prominent Russian family that has lived in Shanghai for decades. Before they are betrothed, Harry is called back to the States.

Once back in America, the war breaks out and Harry is unable to return to Shanghai. He knows nothing of Viktoria’s circumstances since communications are non-existent, but the story switches to her point of view periodically and we see the Japanese take over Shanghai.

We witness Viktoria’s self-sacrificing efforts to save her family from starvation and persecution. She confronts moral ambiguity on a daily basis. She also discovers she’s pregnant with Harry’s child. Meanwhile, Harry takes a commission in the Marines and endures a bloody slog of battles across the Pacific, during which his comrades-in-arms become like brothers to him. He witnesses their close ties to families back home, and he longs for his reunion with Viktoria and the future they might have together.

As the war ends, Harry returns to war-torn China in search of Viktoria. This book traces the paths of two young lovers whose life together has been interrupted by war. It’s a story of love, family, moral ambiguity, and perseverance. 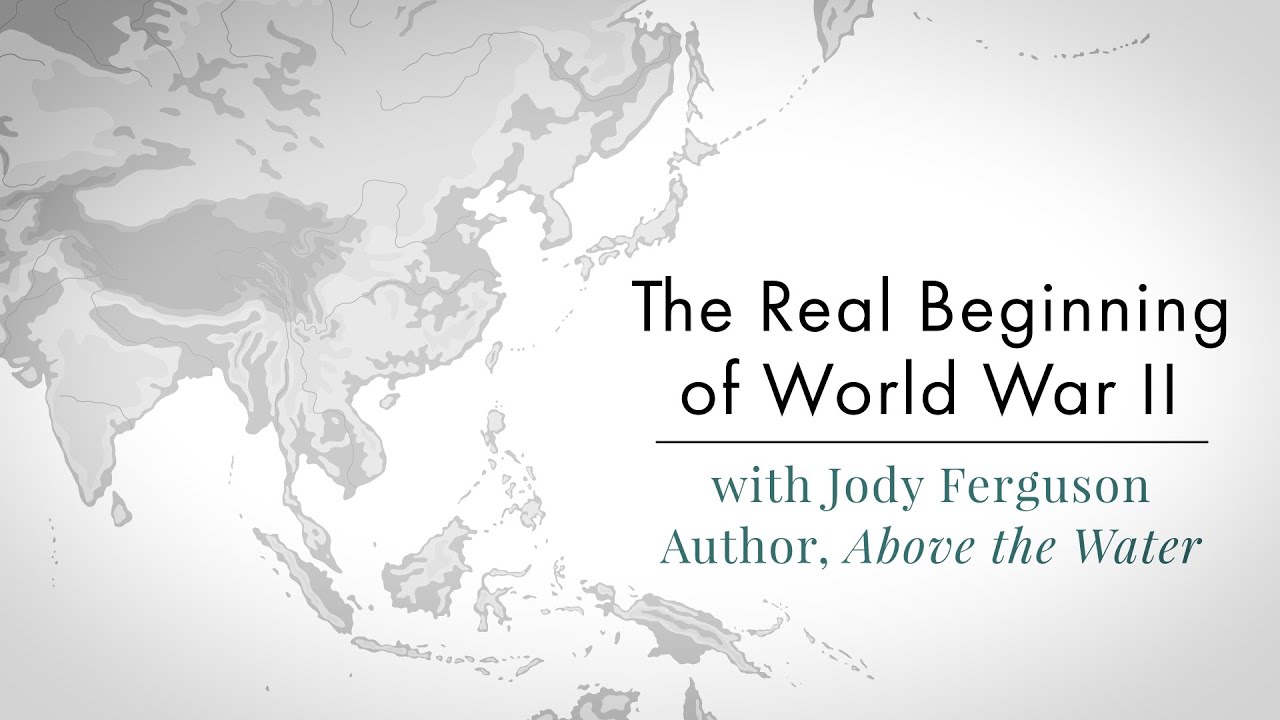 The Real Beginning of WWII

"An old-fashioned (in the good sense) world-spanning and time-spanning story of war and love, bolstered by the author’s breadth of knowledge about Pacific battlefields and the cosmopolitan richness of life in Shanghai before World War II."

The sly and simple current run,

The juice between them, flicking forth,

The anode-cathode of themselves—

The mighty earnestness so small

They couldn’t see it—might not even

Speak of it. And yet it lived, would always live

Between them day or dark.